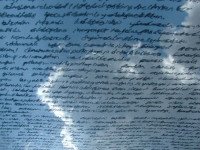 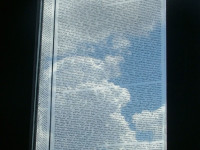 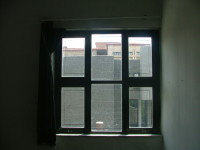 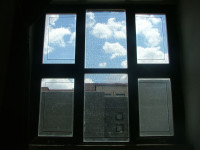 In “Unreadable” project texts taken from two books superimposed to make each other unreadable. Two books are used, firstly some texts from Tony Godfrey’s Conceptual Art books were written on the windows of the studio by hand and secondly texts from Osmanli Tezhip Sanatlari: Minyatür were written on the previous text. Thus both texts became unreadable. In composition old books’ page style imitated. Thanks to texts on the window light of the studio blurred.